The SPD awards this honorary prize, in memory of George Ellery Hale, to a scientist for outstanding contributions over an extended period of time to the field of solar astronomy.

More citations will be added as they become available. Any member who has the text of earlier Hale prize citations is encouraged to contact the Division Secretary. 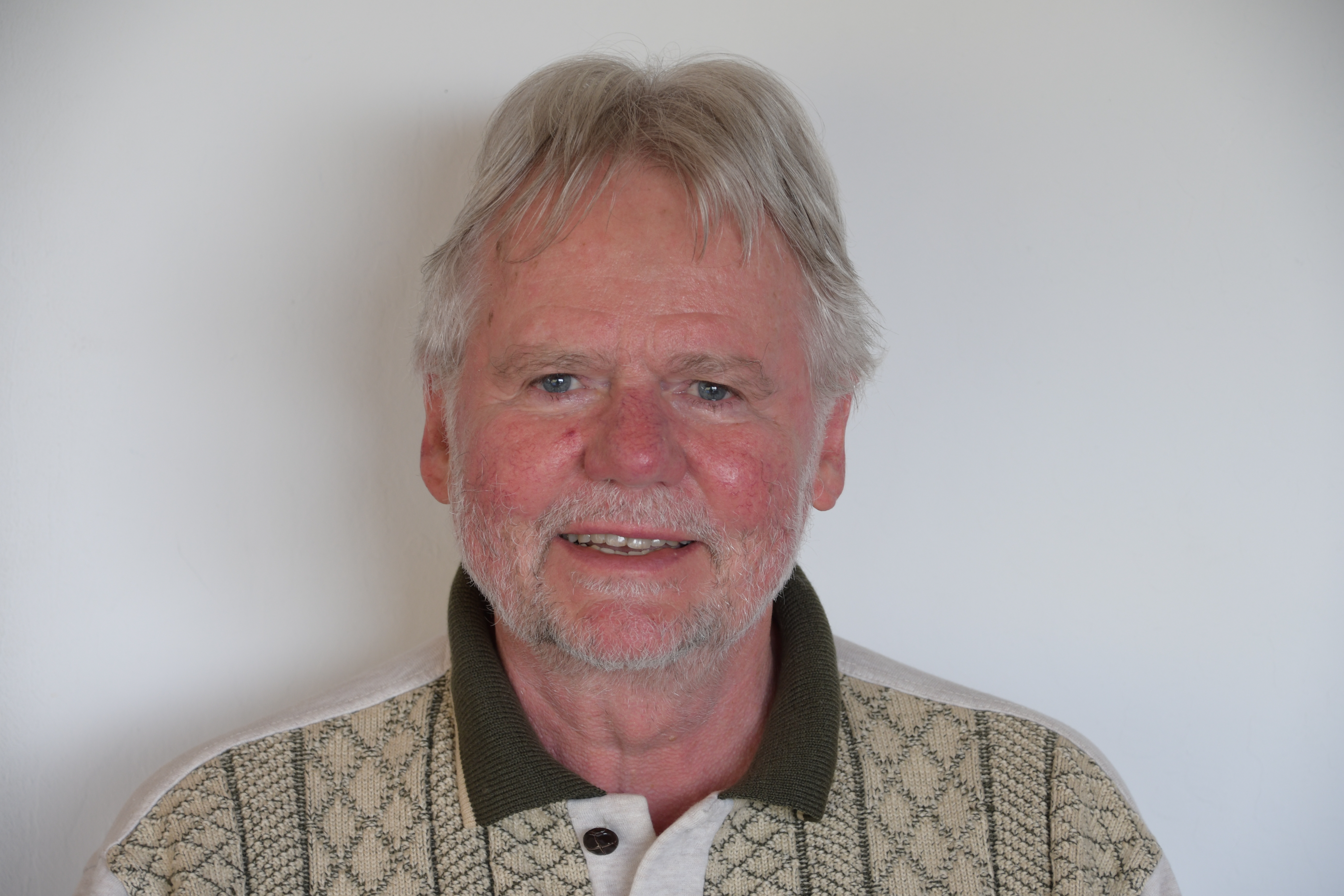 Dr. George Fisher has made many influential contributions to the field of solar physics through modeling dynamic processes in the solar atmosphere and interior. His work on radiative hydrodynamic modeling of solar and stellar flares serves as the foundation to understand the response of the lower atmospheric layers of the sun and stars to flares. In addition, Dr. Fisher has made substantial progress connecting the solar interior to the solar surface by modeling the dynamic evolution of magnetic flux tubes in the solar convection zone which provides insights into the properties of solar active regions. In addition, he has also provided insight into the dynamic coupling between the corona and the solar interior during eruptive flares. Dr. Fisher’s research also determined a link between X-ray irradiance and magnetic flux which constrains the development of current and future solar and stellar coronal heating models. He has also developed methods to determine flows and electric fields from magnetic field measurements, and how to use these in data-driven models of the Sun's atmosphere. Dr. Fisher is widely recognized among his peers for his distinguished record of inspiring and mentoring young scientists in solar physics research. 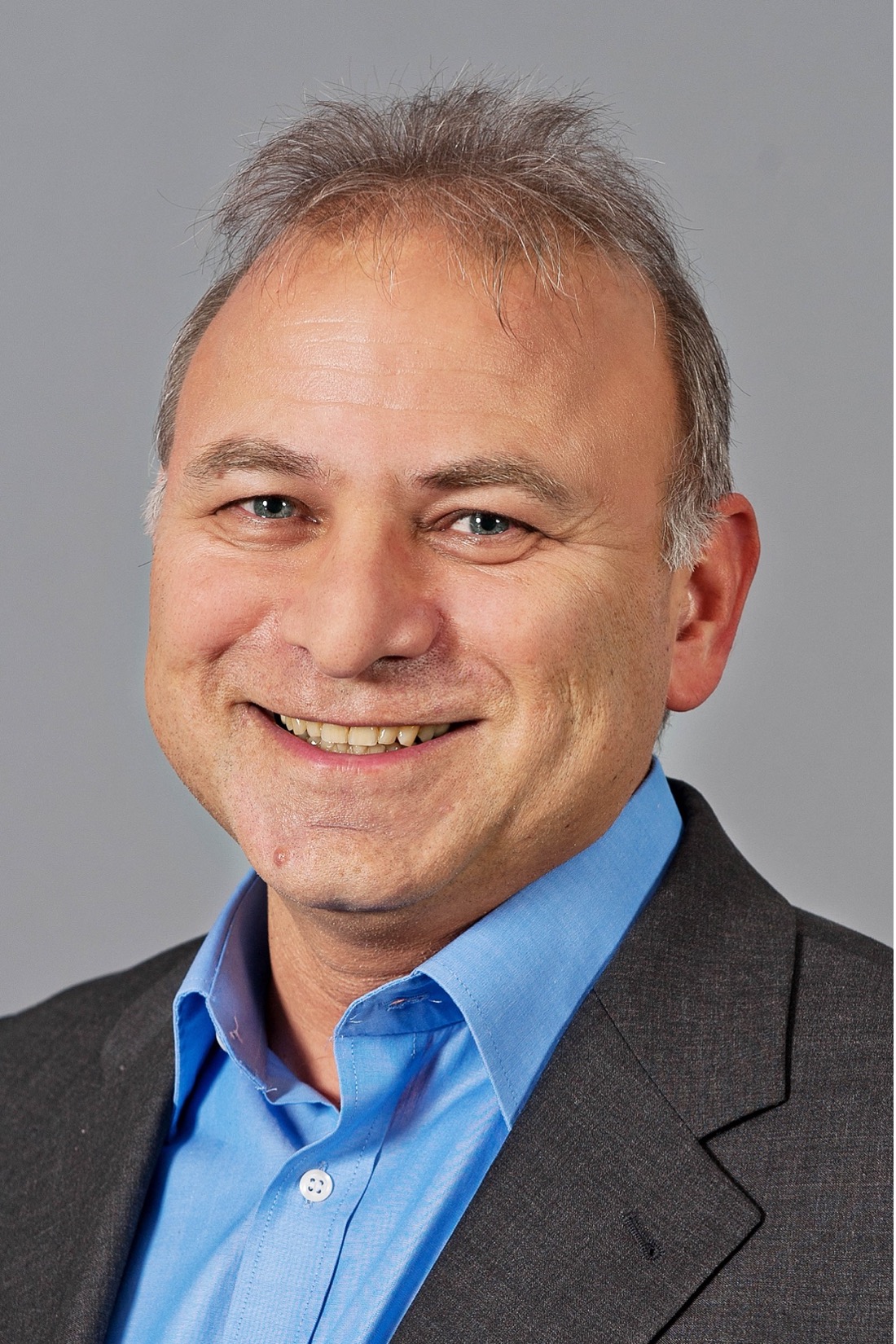 Dr. Sami Solanki of the Max Planck Institute for Solar System Research (MPS) in Göttingen, Germany, is awarded the George Ellery Hale Prize for his foundational studies of solar magnetism, its impact on the Sun–Earth system, and magnetic fields of other stars. Dr. Solanki has made many seminal contributions to the study of solar magnetism and its impact on the solar–terrestrial relationship over his career. His visionary and outstanding leadership and innovative instrument development have made him a pillar of the solar physics community. Dr. Solanki’s ground-breaking research has advanced understanding of the physical mechanisms that govern the structure and evolution of magnetic fields on the Sun and other stars and established reconstruction of the solar irradiance variability on timescales of days to millennia. In addition, Dr. Solanki led the balloon-borne Sunrise mission that demonstrated very high-resolution solar imaging from a flight platform, and the Polarimetric and Helioseismic Imager on the European Solar Orbiter mission that is currently in flight. He has also mentored generations of solar and space scientists into successful careers. 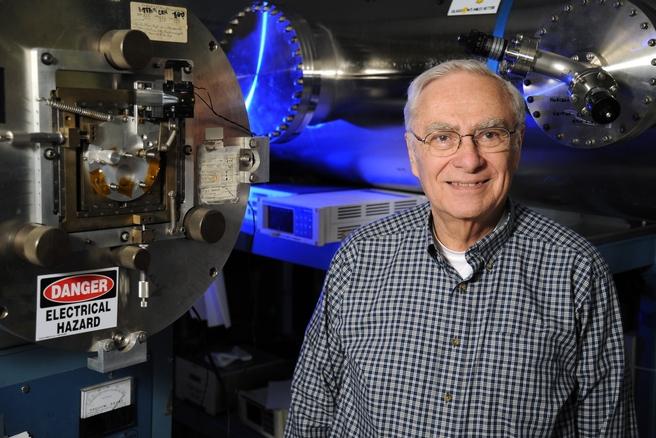 The 2021 the Hale prize is awarded to Dr. Russ Howard for his seminal contributions over almost half a century to the discovery, measurement, and understanding of coronal mass ejections (CMEs) and their role in space weather and for his outstanding leadership in the development, deployment, and management of innovative space instrumentation to image the solar corona and inner heliosphere that forms the foundation of much current Heliophysics research. Dr. Howard has been a leader in the development and use of coronagraphs and, later, heliospheric imagers since earliest days of CME observations by OSO-7 and Solwind, through the SOHO LASCO coronagraphs and STEREO SECCHI instrument suite, to WISPER and SOLO-HI on the recently launched Parker Solar Probe and Solar Orbiter, serving as the Primary Investigator of the last four simultaneously. His work on statistical properties of CMEs and on Earth-directed (halo) CMEs have been key to understanding their impacts on the Earth and heliosphere. 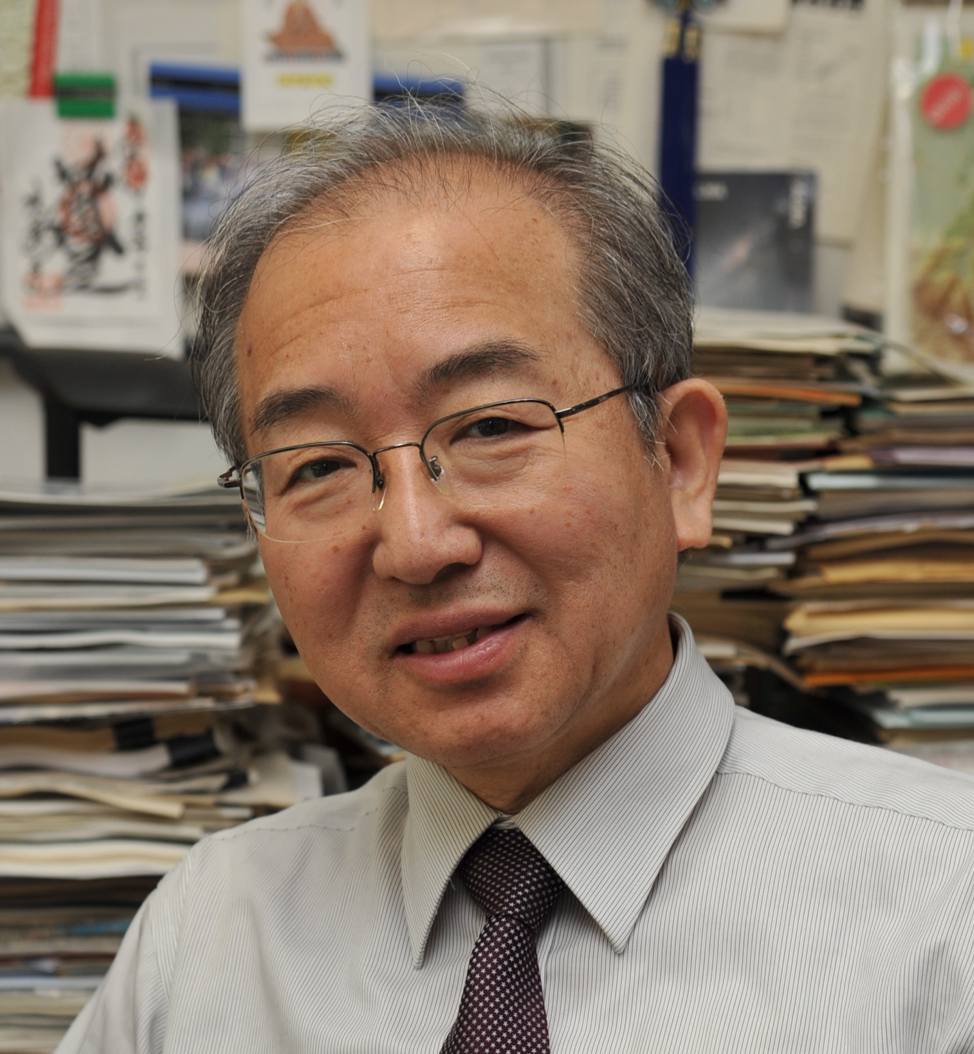 Dr. Kazunari Shibata of Kyoto University, Japan, is awarded the 2020 George Ellery Hale Prize for his outstanding work on the properties and behavior of magnetized solar and astrophysical plasmas. Dr. Shibata’s prodigious work over his distinguished career includes the discovery of jets in the solar atmosphere; the development of original theories and numerical simulations of solar jets, spicules, and mass ejections; and the discovery of super-flares on distant stars. Dr. Shibata’s research embodies more than solar physics and has included studies of stellar magnetic activity and its impact on exoplanets. Dr. Shibata has played a significant role in the Japanese Yohkoh and Hinode solar observing satellites. He was the Director of the Kwasan and Hida observatories from 2004-2019. 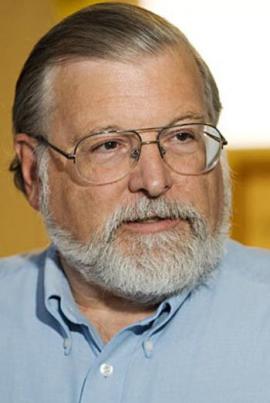 The 2019 George Ellery Hale Prize for outstanding contributions to the field of solar astronomy is awarded to Philip H. Scherrer (Stanford University) for his pioneering work in helioseismology and space weather, his development of innovative instrumentation to study magnetic fields and flows on the solar surface and interior, his leadership in bringing these instruments to fruition, and his dedication to serving a broad community with excellent data. 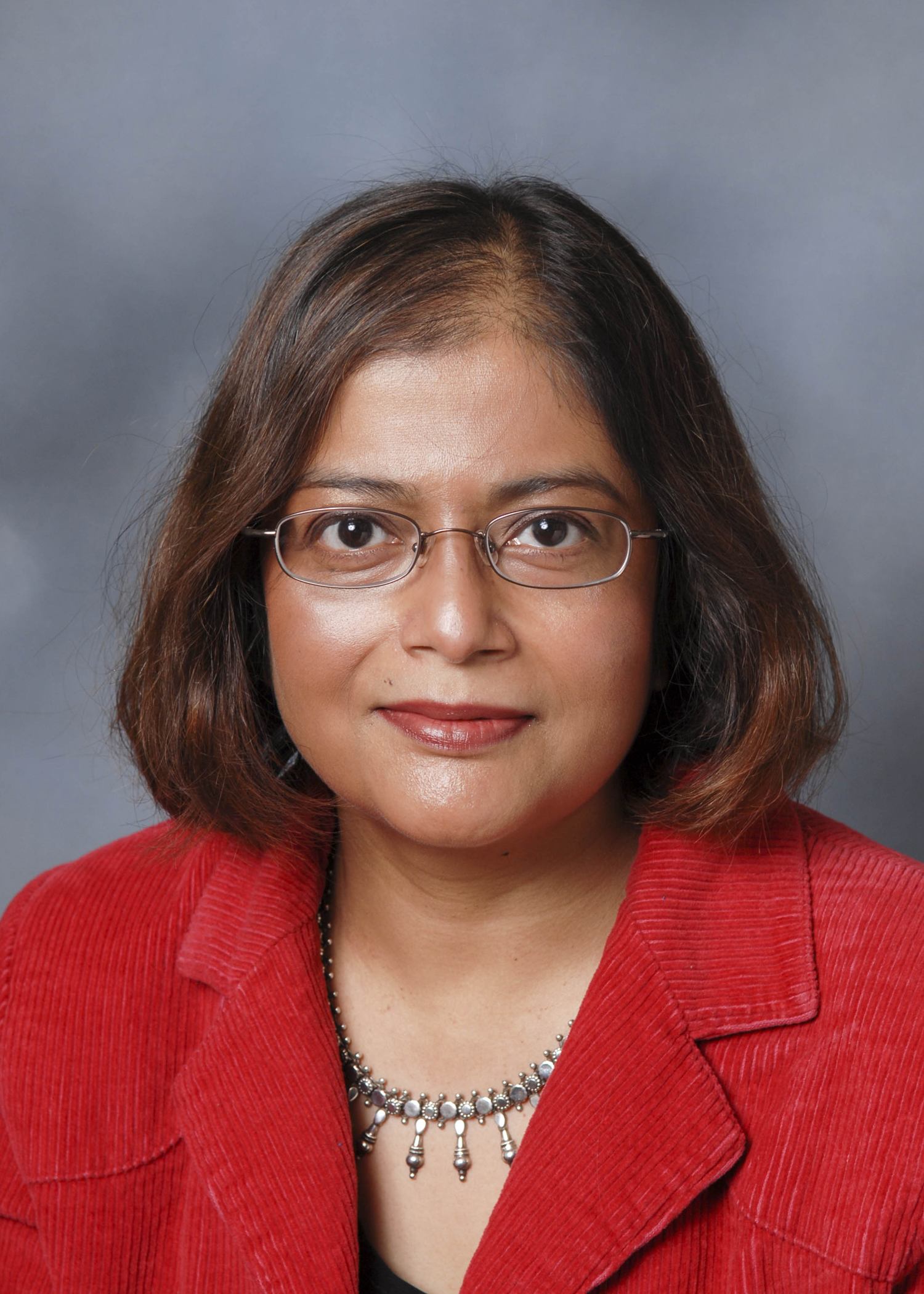 The 2018 George Ellery Hale Prize for outstanding contributions to the field of solar astronomy is awarded to Sarbani Basu for her many seminal contributions to our understanding of the internal structure and dynamics of the Sun and stars.

The 2017 George Ellery Hale Prize for outstanding contributions to the field of solar astronomy is awarded to Manfred Schussler, for his contributions to the theory of the solar dynamo, to understanding the dynamics of buoyant convection-zone magnetic flux tubes, to modeling the structure and dynamics of solar surface magnetic fields, and to the education and training of young solar physicists.

The 2016 George Ellery Hale Prize for outstanding contributions to the field of solar astronomy is awarded to Terry G. Forbes (University of New Hampshire) for his significant contributions to the theory of magnetic reconnection, for his development of important new models of the physics of solar flares and coronal mass ejections, and for his achievements mentoring students and junior scientists in the solar physics community.

The 2015 Hale Prize is awarded to George Doschek for his pioneering work in solar spectroscopy, in particular for his important insights into the interpretation and analysis of solar spectral observations, and his leadership as US principal investigator of the Yohkoh Bragg Crystal Spectrometer and Hinode Extreme Ultraviolet Imaging Spectrometer instruments.

The 2014 Hale Prize is awarded to Thomas Duvall. Jr. for his invention and application of innovative helioseismic methods and the resulting ground-breaking discoveries within the solar interior, including internal sound-speed and rotation profiles, meridional circulation, wave perturbations in sunspots, and large scale convection properties.

The 2013 Hale Prize is awarded to Richard Canfield for his pioneering work on dynamics and radiation in solar flares and on the origins and implications of magnetic helicity in active regions, as well as his role as a leader and mentor.

In recognition of his pioneering work on the composition and transport of Solar Energetic Particles, and for the key insights that firmly established the modern paradigm for SEP production, the 2012 Hale Prize is awarded to Don Reames of the NASA Goddard Space Flight Center.

The 2011 Hale Prize is awarded to Henk Spruit, for insightful and pioneering work on the structure of magnetic flux tubes and sunspots and on their interaction with the flow of energy in the solar convection zone.

The 2010 Hale Prize is awarded to Marcia Neugebauer, for her seminal contributions to the discovery of the solar wind and her extensive and ongoing contributions to solar-heliospheric physics.

The 2009 Hale Prize is awarded to Neil R. Sheeley, Jr., for his continuing outstanding contributions to our understanding of the solar magnetic field, coronal holes, and coronal mass ejections. His wide-ranging observational and theoretical work has laid the foundation for much current research in solar and heliospheric physics, and continues to have important applications in space weather prediction.

The 2008 Hale Prize is awarded to Hugh S. Hudson for his fundamental contributions to many aspect of solar and heliospheric physics, in particular his studies of magnetic reconnection and particle acceleration in solar flares, the initiation of coronal mass ejections, nanoflare coronal heating, and the variability of the solar irradiance. He is also recognized for his leadership and contributions to the solar physics community, especially his untiring support for international research collaborations.

The 2007 Hale Prize is awarded to Mukul R. Kundu for his many outstanding contributions to the field of solar radio astronomy and for his service to the solar community in the U.S. and abroad.

The 2006 Hale Prize is awarded to Peter A. Gilman for his unique insights and substantial scientific achievements in understanding the dynamics of the solar convection zone and the mechanism of the Sun's magnetic dynamo and for his leadership and support of solar physics research programs.

The 2005 Hale Prize is awarded to Spiro Antiochos for his work on the thermodynamics and stability of coronal magnetic fields and for his outstanding public service to the solar research community.

The 2004 Hale Prize is awarded to Robert Lin for pioneering experimental work on the detection of high energy solar radiation and particles, for his many discoveries in the field of high energy solar and heliospheric physics and for his generous and untiring leadership of, and support for, research programs and projects in this field.

The 2003 Hale Prize is awarded to Robert F. Howard for his pioneering discoveries of fundamental properties of solar magnetic and velocity fields; initiating modern instrumentation and archiving methods for long-term solar observations; and selfless mentoring, collaboration, and leadership of solar physics research programs and institutions.

The Hale Prize for 2002 is awarded to Eric Priest for his seminal contributions to investigations of the role of the magnetic field in solar activity, and for his tireless advocacy of solar physics in all corners of the world.

The 2001 Hale Prize is awarded to Alan Title for his exceptional leadership in developing multiple, innovative, high resolution telescopes and interpreting their data to dramatically advance our understanding of the sun and for his generous public service on behalf of the solar and solar-terrestrial communities.

The 2000 Hale Prize is awarded to Loren Acton for his pioneering, instrumental, and analytical work in soft x-ray observations of the active sun and for his unstinting, active, and helpful support of research and researchers in this and other areas of solar physics.

The 1999 Hale Prize is awarded to John W. Harvey for his fundamental contributions to our understanding of the nature of solar magnetic fields and of the internal structure of the Sun through helioseismology, for his development of innovative solar instrumentation, and for his selfless and untiring service to the solar physics community.

For his bold and imaginative innovation of instrumentation for solar physics, his discovery of important new phenomena on the Sun, and the impact of his contributions on solar physicists world wide.

In recognition of his monumental contribution to solar physics by conceiving, planning, constructing, operating, and analyzing data from, an experiment to measure the solar neutrino flux.

The 1995 Hale Prize is to be awarded to Professor Douglas Gough of the University of Cambridge. Gough has contributed with distinction to many aspects of solar physics, astrophysics and fluid dynamics, including nonlinear convection in stars, the coupling of turbulent convection to pulsations, and stellar structure. Gough's theoretical inquiry has often combined fluid theory and the detailed physics of stellar structure, as when he showed that the core of the sun is unstable to gravity modes. This instability may lead to episodes of mixing, casting some doubt on standard quiescent models. In recent years, Gough has devoted most of his attention to helioseismology, to which he has made many notable contributions. He has led the way in applying inversion techniques to infer the internal structure and the distribution of angular velocity in the interior, and was the first to use helioseismic data to determine the depth of the convection zone. He has also used helioseismic data to investigate solar opacities, the equation of state, the helium abundance, and the neutrino problem. Gough has also played a significant role in the development of the GONG project, the helioseismological experiments on SoHO, and observational programs in asteroseismology.

The first Hale Prize was awarded to Eugene Parker at the Madison meeting in June 1978, for his "imaginative and stimulating contributions in which plasma and magntohydrodynamical physics have been applied to astronomy." Parker delivered the Hale Prize lecture at the joint AAS/SPD meeting in Wellesley in 1979.